"It's about making consumers part of the journey." (Mirek Lizec , MIWA)
By:
Victoria Hattersley

Last week we looked at a Refill from Home system; this week we will examine the place of Refill on the Go models, using Czech-based startup MIWA as a case study.

MIWA’s  Refill on the Go system works by supplying retailers with smart, reusable capsules which are pre-filled by the producer and sent for direct instalment in shops. Once emptied, they are returned to MIWA for cleaning and redistribution and the process starts again.

We’ve probably all seen shops with refill facilities in place – usually smaller, local stores – but there are some major barriers executive director Mirek Lizec identifies that need to be overcome if they are to be adopted by the bigger retailers.

Number one: refill systems can be an ‘operational nightmare’ for big retailers who are, let’s face it, driven by efficiency. “It’s a different matter if you run a little local store and are guided by a sustainable ethos,” says executive director Mirek Lizec. “Then you don’t mind dedicating people to stand in front of the refill shelf all day, cleaning and refilling the containers and helping consumers if necessary – but if it’s one of the major supermarket chains in Europe they don’t want to put the resources into that kind of set-up.

Number two: “This in turn creates a barrier for consumers to accept this way of shopping; they may see the system as too complex, so the retailers are put off because of this, too.”

And number three: traceability. How do you ensure the safety of the product from producer to retailer, and how do you maintain acceptable hygiene standards? “Perhaps the consumer worries about other people taking out and handling the product so there are the hygiene implications. This is a huge barrier for the branded producer – how can they guarantee quality if there is open manipulation of the product in-store?”

Such re-use models are not new, of course – a hundred years ago or so it would have been the norm to bring your own containers to shops. But in today’s fast-paced, globalized world, we need something a little more efficient.

It could be argued digitalization is the key to making reusable models work in today’s retail reality. What makes MIWA different – and what may therefore enable it to sidestep the above two barriers – is the smart element. In-store, intelligent dispensing equipment works in tandem with the capsules to ensure product safety and facilitate tracking information.  This is ‘packaging as a service’, so MIWA – crucially – maintains control of the material in the loop through its tracking system and nothing is allowed to escape and end up as waste.

This greatly simplifies the shopping experience for the consumer, “For example the scale remembers the tare [unladen] weight so there is no need to print labels; it also knows which dispenser the customer used meaning there is no need to search through a menu for the product.”

It also makes the system itself operate more efficiently. “Every capsule holds an RFID chip with information about the product and its origin inside. The dispenser can read the information from the chip on the capsule and calibrate itself accordingly: as an example, rice falls faster than nuts so it will allow for this and dispense accordingly.”

And when it comes to hygiene concerns: “We have designed a single-use pouch that is filled and installed into the smart capsule by the producer. It is sealed in place and opens automatically from the dispenser so nobody touches the food. As we take the closed capsules back we keep the pouches in our hands and make sure they are recycled under our control. All the store needs to do is click and replace the capsule when it empties.”

Alongside the retail capsule delivery side of this platform, there is a separate consumer element that is still under development. “We will be testing a prototype cup to use with the system from May 2020,” says Mirek. “Each consumer’s cup will be individually chipped, and the advantage of this is that their information is now in the system, so when they decant a product into it they do not need to tare it; the transaction will automatically be sent to the retailer. Simultaneously, the information about the product is sent to the consumer’s app, including expiration, instructions for cooking, allergens, etc. One day I hope the consumer will be able to just come to the dispenser, fill the container and go away; everything else will be taken care of.”

Smart cups also bring the time-honoured benefit of incentivization. “Because you can identify the shoppers using their own containers it’s possible that if they used it for a certain period of time – after a year, say – they could get part of the initial price back. And we know sustainability is increasingly important to many consumers, so if they got a regular notification saying how much packaging they had saved through using the system, that could also incentivize them. It’s these simple things that will make the difference.”

Mirek believes that getting the consumer on board in this way is crucial to bringing around the big players. In the past, brand owners and their marketers were more used to being able to control their narrative, but with the rapid spread of information and that vast, screaming pit of vying opinions that is the internet, this is no longer possible. Savvy marketers recognize this, and look to use it to their advantage. Let the consumer help shape the story around a new product, and they’ll embrace it. This, again, is where digital technologies can come into play.

“It takes time to make these things happen. I tell the big retailers that it’s about making the consumer a part of the journey. Actively encourage their feedback on social media and elsewhere, and let them spread the good word that it’s not an annoying or inconvenient shopping experience as we have simplified the process.”

All of the above sounds good – great, even – although it’s important to note that MIWA is still at an early stage. The system is running at two pilot stores in Prague and it has partnered with Nestlé to sell two of its brands. No doubt there will need to be refinements along the way as more data is gathered and customer feedback acquired, but this is a system that could – potentially – change shopping habits for good.

And finally, consider this: MIWA is not looking to preach to the converted. In order for its system to work on a wide scale, the mainstream consumer needs to be brought on board. These are the ones who are time-poor, who may not be willing to go the extra mile to adopt more sustainable habits and therefore want a system that is just as simple as – if not more so than – the current single-use, disposable model.

We will watch this story unfold with interest in the coming months, to see how it performs in real-world settings. 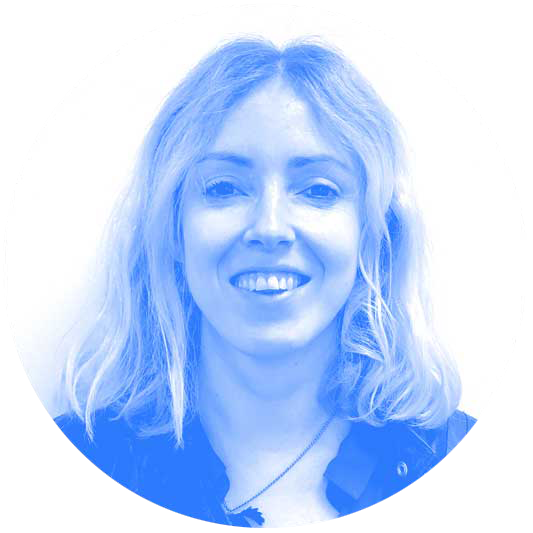 Highly experienced journalist and editor with a broad knowledge of packaging and branding.

A Coca-Cola bottle with the Force

The future belongs to the curious